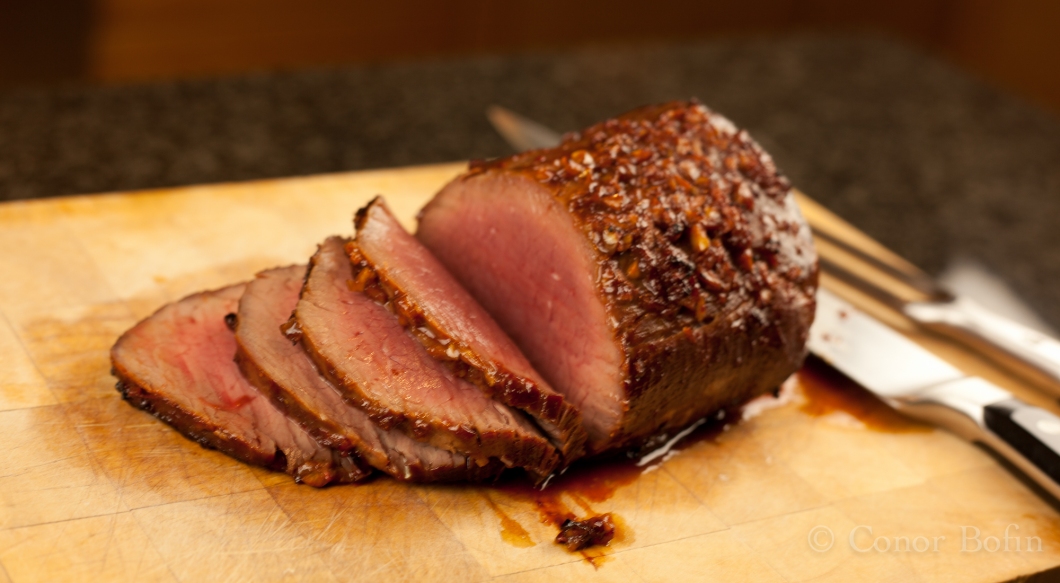 A while back, I posted about my photos being stolen by some bad at heart stinkwads. I thought that the bit of naming and shaming might put an end to this degenerate practice. Boy, oh boy was I naive. The ones with the bad breath and no budget for photos or soap have been at it again. Wait ’til you see the list of vermin who have been stealing my photos. I will concentrate on just two of my images so you can get a feel for the extent of the duplicity and wrongdoing going on in the world.

Let’s start with the Cha Shao Roast Beef image. I posted it first back in 2012. The link is here.

You can tell it’s mine. It has my copyright mark on it, in the bottom right hand corner.

The first company to be exposed is English beef supplier R. C & B Binns. They are passing off my Irish beef as being; “Hand selected Best Cuts of Beef Cooked in our own house Bakery.” This is an obvious falsehood as I cooked that beef and ate most of it myself.

Next to come within the scope of my compass of ire is these fine folk educated over at Stockton University.

Not only did they steal my image, they credited it to R. C & B Binns above, who didn’t cook it in their house bakery. To think that they probably got a degree out of this. It’s not fair. I can’t show the whole page it appeared on for fear of exposing other blagged photos.

However, you don’t need a university degree to be a thief. You can do it if you own a restaurant at 220, Hylton Road, Sunderland, SR4 7UZ.

Or you can do it if you happen to own “Botswana’s Finest Meat Deli”.

If you happen to own a meat shop in Indonesia, you can trick your customers by selling them my beef.

While we are over in that part of the world, this bunch of blaggers in Vietnam are not only stealing my image, they have added their own logo to it. And they are promoting eating less beef.

I have sent them a google translated note via their website.

These lads at GICO over in Costa Rica say some nice things about my Irish meat as they promote it as being their own. It appears that Irish beef is Costa Rican “Export Quality”. Hopefully, the payment for image usage will be export quality too.

Last but not least in this selection is a New Jersey USA catering company promising my beef for your wedding. I don’t think so! Sell some of those unwanted wedding gifts and pay my bill.

I don’t want to bore you with beef images, so here’s a kebab I made, cooked and shared with my family. You can tell it’s mine by the big © Conor Bofin. 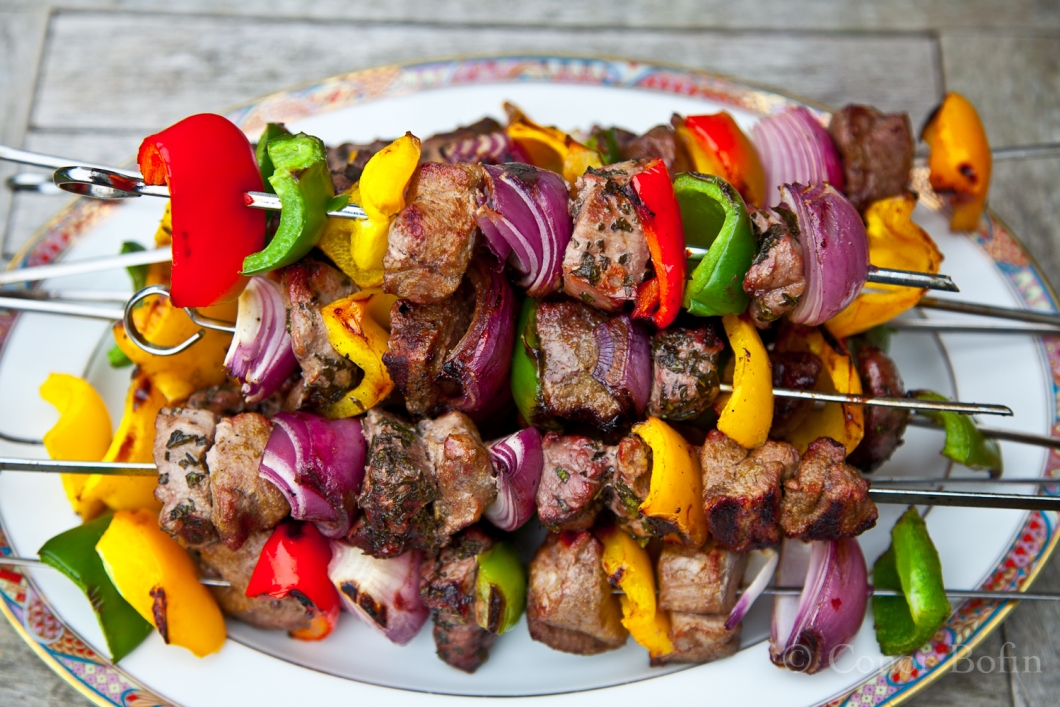 When I did an image search on Google, here’s what I found.

I don’t remember posting it that many times!

The first offender is Chaska House, that bastion of great taste in Lurgan, Co. Armagh, Northern Ireland. Come on Northern Ireland, this is hateful of you, I thought we were friends now. Though, I do accept Sterling in payment for image use.

Mr. Stinking Image Thief AKA Mr. Kebab over in Mitchum, United Kingdom offends me too. Mr. Kebab! It must be me they are referring to.

Jess Myers who claims to be an English teacher at Xunta de Galicia spends some time stealing my images and posting them to Slideshare. Go back to school Mr. Myers and learn about copyright. Send me the funds you now owe me so I can complete my education in “American Food and Culture”.

Indian Voice posts a recipe for something that reads very NOT like what’s in my picture. In my best Indian voice (Hindi), I say अपने चित्रों चोरी रोकने के.

“Silver” who is a community user on Buzzfeed feels free to breach my copyright on a page where Buzzfeed say no. I ain’t feeling the buzz Silver.

The Chennai Cafe in Texas are telling a big Texas lie (everything is bigger in Texas) with their promise of my kebabs, cooked in Dublin, Ireland. A big dollar money transfer will do.

Missos is not catering for truthfulness as they try to tempt you into a catering contract with my kebabs. Write an authentic cheque (check) and post it to me instead.

The Kitchen Witches at Cucina Aurora have the temerity to suggest you throw my kebabs over a camp fire. Throw me a few quid for using my image I say.

While those paragons of honesty and good taste in Paterson, New Jersey, USA, Baraka think it’s OK to steal my images while putting a “Copyright © 2014 Baraka Halal group” on their website. Shame on you.

I could go on and on with this but, I won’t. These lads and lassies are only the tip of a long skewer of wanton thievery.

So, what do we learn from this? Not a lot, I’m afraid. By the time you get to read this, I will have posted this on my own social media and on the social media feeds of the offenders, where possible or I will have emailed it to them.

If any of you image thieves or your representatives are up to it, post a comment below, I dare you. The invoices will be in the post.

Thai Thigh - Low Low Is The Way To Go.

Join the conversation, you know you want to.... Cancel reply

My Beef With Roast Rib Of Beef